Is this a megalomaniac move by Zuckerberg or a futuristic step into a brave new tomorrow?

Social media titan Facebook has unveiled plans to launch a new digital currency by the name of Libra, with their eyes set on a 2020 release. The company says that consumers will be able to make payments with the currency via its own apps, as well as via the messaging app WhatsApp. Firms such as Uber and Visa are also slated to adopt the currency in the future, according to Facebook.

According to the company, paying with the currency is something you can do “as easily and instantly as you might send a text.” From 2020, users will be able buy Libra via its platforms and store it in a sort of ‘digital wallet’ named Calibra. 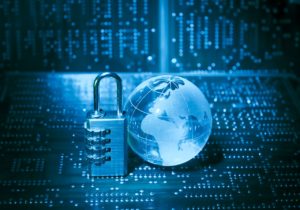 Concerns have already been raised around the security of users’ money and data, as well as the potential volatility of the currency. Facebook has addressed these concerns, saying that Libra would be backed by real assets and be independently managed.

According to Facebook, its Calibra payments system will have strong protection to keep money and personal data safe. It also said that the Calibra system would use the same verification and anti-fraud processes used by financial institutions and credit card providers, and would refund any money stolen. We currently await further details on these statements.

In an attempt to build trust in Libra, Facebook has been engaging with central banks, regulators and even governments. Meetings have been made with officials from the Bank of England and the US Treasury to help ease Libra’s entry into various national markets.

This isn’t a new foray by Facebook – over a decade ago it attempted to launch its own virtual currency named ‘Facebook Credits,’  a sort of virtual currency that enabled people to purchase items in apps and on the social media site itself. The project failed to garner any popularity, however, and was scrapped.

While the currency has been given the green light in the US, it may struggle in places such as India, who have recently introduced stricter regulations surrounding cryptocurrencies.