If you have read the headlines recently, you may well have seen some along the lines of ‘Car Chip Shortage to last until 2023’.

What exactly is the ‘car chip shortage’ and – as the headlines suggest – if it does last for another two years, what does this mean for the UK economy and our recovery from the pandemic?

Older clients may hanker back to the days when a car didn’t have a computer chip in it: when the driver made the decisions, the car did as it was told and didn’t tell you off every five minutes…

Those days are gone and will not be coming back. Semiconductor chips are now in all our cars, helping to run everything from digital displays to the car’s control systems. However, the global shortage of the chips is forcing manufacturers to scale back production: last month GM announced that it would halt production at most of its plants in the US, while Ford and Toyota also cut back production. 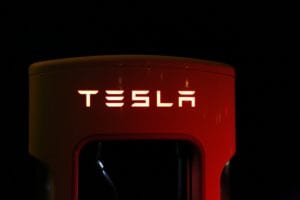 Experts are predicting that the shortage may well last until 2023, and that it will get worse before it gets better. The problem for the motor industry is that it is only one industry waiting in the queue. In the face of the global computing, phone and electronics industries, car makers are relatively unimportant.

One leading chipmaker in Taiwan estimates that 89% of its revenue comes from computing, phones and ‘the internet of things’ (devices such as smart TVs), with car companies responsible for just 3%. Inevitably, as and when chip production does pick up, the manufacturers will prioritise their biggest clients.

But where does that leave British industry?

According to the Society of Motor Manufacturers and Traders, the UK automotive industry has a turnover approaching £80bn and adds £15.3bn of value to the UK economy. People employed directly in manufacturing number 180,000, with 864,000 employed across ‘the wider automotive industry’. The industry accounts for 13% of total UK exports, worth £44bn.

Those are significant figures, with roughly five people employed for every one person directly employed in manufacturing. In the short term, there has been more good news for the UK car industry, with Ford announcing plans to invest £230m in its Halewood plant to make electric car parts, safeguarding 500 jobs. But if the global chip shortage causes factories to close, or puts people on part-time working, then there are clearly going to be job losses in the supply chain.

Earlier this year, the EU announced ambitious plans to ‘supercharge’ production of computer chips, saying it wanted 20% of such chips to be manufactured in the EU by 2030, up from 10% in 2020. Will we hear similar plans from the UK Government? Let’s hope so…