Could the UK have its own digital currency? | HK Wealth

Could the UK have its own digital currency?

At a seminar in March, Haruhiko Kuroda, Governor of the Bank of Japan, suggested that the central bank should immediately start “preparing thoroughly” for a future with its own cryptocurrency. While there were no immediate plans to introduce a cryptocurrency Kuroda stressed the importance of being ‘thoroughly prepared’ should the need arise.

In April it was the Bank of England’s turn. Together with the Treasury they announced the preparation of a taskforce to explore the possibility of a central bank-backed digital currency. The aim is to look at the risks and opportunities involved in creating a new kind of digital money, which would exist alongside cash and bank deposits. 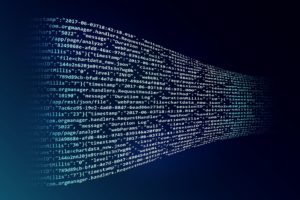 It may be best to take a step back, and look at exactly what a digital – or crypto – currency is. In its simplest terms, a cryptocurrency is one secured by cryptography, making it impossible to counterfeit. It is based on sophisticated blockchain technology and spread over a network of computers. You may have heard of Bitcoin, the most well-known of the many cryptocurrencies that now exist.

Unquestionably, Bitcoin is becoming increasingly widely accepted, with Tesla now using it as payment for their cars. So far, though, a key feature of cryptocurrencies is that they have not been controlled by central banks and have, therefore, remained free of political interference or manipulation.

Could that be about to change? Could the UK be about to go down the same route as Sweden, which is on course to become the world’s first cashless society from 2023? There are obvious drawbacks and risks. Many people might struggle to adapt. In recent years we have seen the damage that cyber attacks can do to companies and organisations. Could a nation’s currency fall foul to attacks of a similar nature?

For central banks however there are also obvious benefits. Moving money becomes faster. Cash transactions, which previously may have taken place under the table, could bring in a huge rise in tax revenue. Transactions become traceable, meaning that crimes such as money laundering would – in theory – become more difficult.

Schedule a call or Send an enquiry
May 4, 2021
Previous post