What is Bitcoin? And Could it Replace Cash? | HK Wealth

What is Bitcoin? And Could it Replace Cash?

Last month Elon Musk, the world’s richest man and boss of carmaker Tesla, announced that his firm had bought $1.5bn (£1.1bn) of the cryptocurrency Bitcoin and expects to start accepting it as payment in the future.

By any standards Bitcoin has richly rewarded those people who hold it: the cryptocurrency closed December 2019 at £5,400. In round figures it has risen six times in little more than a year, and at the time of writing has just broken through the $50,000 (£36,020) barrier. 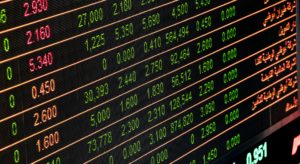 But what is Bitcoin? What is a cryptocurrency? And could the fact that the world’s most valuable car company is now accepting it as payment mean that we’re well on the way to seeing the end of cash?

So what is a cryptocurrency? It is a digital asset designed to work as a medium of exchange (like ‘real’ money), but it is not controlled by a central bank, and does not exist in physical form. There are no ‘Bitcoin notes’ and never will be. Records of ownership are stored digitally, using the strongest possible cryptography to secure ownership and transaction records.

There are several cryptocurrencies in existence, with Bitcoin far and away the most well-known. It was invented in 2008 and has been in use since 2009. There are now more than 100m Bitcoin wallets being used, with estimates that around 10% of Americans hold a wallet.

Bitcoin has plenty of critics, not least for the amount of electricity needed to produce it – in 2018 it was estimated that more energy was used in Iceland in ‘mining’ (creating) Bitcoin than was used by the entire Icelandic population to power their homes. It has also been derided as a ‘bubble’ that is bound to burst, and there are claims that it is used for money laundering and other illegal purposes.

What seems inevitable though, is that there will eventually be some form of widely accepted digital currency. Does this, therefore, mean that the days of cash are numbered?

The logical answer to that seems to be ‘very possibly.’ The great advantage of a digital currency – if you are the Chancellor of the Exchequer – is that transactions can be tracked. Paying your plumber in cash to save the VAT would simply not be possible with a digital currency. China is well on the way to becoming the first cashless society. Thousands of businesses in Sweden do not accept cash. And we have all used far less cash during the Covid-19 crisis.

Yet cash remains essential for many people: the elderly, those living in remote areas and those with poor credit histories who cannot get bank accounts, have all been cited as examples of people who need cash.

Cryptocurrencies, though, are only increasing in popularity. It is going to be an interesting struggle…