The impact of climate change fears on ethical investing

As pressure mounts on governments and financial institutions to do more to combat climate change, the demand for ethical investment opportunities is on the rise. 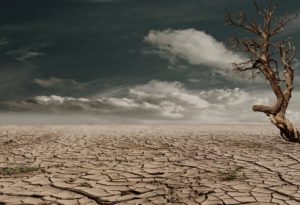 Triodos Bank’s annual impact investing survey has found that nearly half (45%) of investors say that they would be keen to move their money to an ethical fund as a result of news surrounding the environment. When asked, investors state that they would put an average of £3,744 into an impact investment fund, marking an increase of £1,000 when compared with 2018.

53% of respondents believe that responsible investment is one of the best ways to fight climate change and 75% agreed that financial institutions should be more transparent about where their money is invested.

Gareth Griffiths, head of retail banking at Triodos Bank UK, said: “Many investors are no longer waiting for governments to take the lead in our transition to a fairer, greener society – they are using their own money to back the change they want to see.”

Ethical investing isn’t a new practice by any stretch. In fact, some ethical funds have been available for the past 30 years, though they still only make up 1.6% of the UK industry total, according to research carried out by Shroders.

That then poses the question, why haven’t they earned popularity in the past?

The old consensus was that investing ethically meant you were sacrificing performance for morality. A thought which seems to be changing, however, as research conducted by BofA Merrill Lynch found that a strategy of buying stocks that ranked well on ethical, social and governance metrics would have outperformed the S&P 500’s yearly result for the past five years.

Further to this, a survey conducted by Rathbone Greenbank Investments found that over 80% of the UK’s high net worth individuals are interested in investing ethically. Many want to back the fight against climate change and plastic waste reduction but say that due to a lack of choice they still end up investing in fossil fuels or mining companies.

The investment industry has recognised the change in attitude, leading to more and more fund management companies including ethical, social and governance factors in their core investment strategies. However, with the movement only just beginning to gain true momentum, it seems that time will tell when it comes to the mass adoption of ethical investment practices.

If you have any questions about ethical investment and the impact it might have on your portfolio, feel free to get in contact.