Back to 60 campaigners fight on | HK Wealth

Back to 60 campaigners fight on

The campaigning group, Back to 60, has lost their fight at the High Court to seek redress for the inequality around the state pension age, which affects women who were born in the 1950s.

The group was claiming that the increase in the state pension age was discriminatory and put women at a severe disadvantage compared with men. 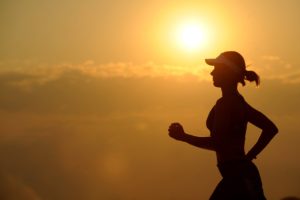 As women in that age bracket were only told of the change shortly before they reached their 60th birthday, there was little opportunity for them to make alternative financial provision. The group stressed that this had completely destroyed the retirement plans of many women and had affected both their physical and mental well being.

Legislation in 1995, as part of the Pension Act, equalised the state pension age for men and women at 65. For women, this meant the pension age would rise by 5 years.

The Back to 60 group was calling for a full restitution of pensions going back to the age of 60 for women affected. As Joanne Welch, their campaign director, pointed out, “1950s women mainly stayed at home, had part-time jobs, looked after children, the elderly. Their income was supplemented by the main breadwinner – the man.”

It is worth pointing out that the Back to 60 campaign is not seeking the same outcome as the group known as WASPI (Women Against State Pension Inequality), which has been campaigning for a transitional arrangement for 1950s’ born women, in the form of a bridging pension. This would meet the gap between the original state pension age and the new one. It would also compensate women who had already reached State Pension age and lost out They are not, however, asking for the State Pension Age to revert to 60.

What does it mean for women in the future?

Unfortunately, the state pension needs to be regarded as a benefit rather than a guaranteed right. Young women need to be making their own pension plans and starting to save as early as possible. It’s worth capitalising on tax relief, matched contributions from employers and  compound growth over time.

As leading pensions expert Baroness Altmann said, “You can’t rely on receiving state pensions at a particular age and you need to plan for private pensions or other income to have the best chance of the lifestyle you want or need when older.”

Despite the High Court rejecting the claims of discrimination, the Back to 60 group is determined to continue with its campaign and the Parliamentary and Health Service Ombudsman will  investigate a claim of maladministration.

Whatever the conclusion, the case has highlighted the importance of women being aware of any future changes to the state pension age and protecting themselves financially.