Is inheritance tax for the chop? | HK Wealth

Is inheritance tax for the chop?

Inheritance tax is deeply unpopular, there’s no denying it. According to a 2015 YouGov poll, 59 per cent of the population think it’s unfair.

So whichever party is in power after the Election, it’s likely they will include it as one of the taxes to be reviewed.

Indeed, at the Tory party conference in September, the Chancellor, Sajid Javid, went so far as to hint he was considering scrapping inheritance tax altogether. He is thought to be uneasy that revenue from the tax reached an unprecedented £5.4 billion in 2018-19; a figure made even more noteworthy when only 4-5 per cent of UK estates are liable for inheritance tax. 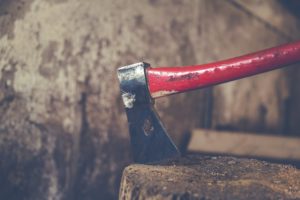 Politicians have protested against the tax for many years – and not just in the UK. Way back in 2007, George Osborne proposed that the threshold should be raised to £1 million. In the US, the Republicans under George W Bush gradually reduced inheritance tax until it was abolished altogether for a temporary period in 2010. As for the current day, Donald Trump has doubled the threshold from $5.5m to $11.2m. Other countries that have eliminated the tax altogether include Sweden and Norway, India, Canada and Austria.

Inheritance tax is thought to be unjust, sometimes even referred to as the ‘death tax’, because it is deemed to be a form of double taxation. As Sajid Javid put it, “I do think when people have paid taxes already through work or through investments — capital gains and other taxes — there is a real issue with then asking them to, on that income, pay taxes all over again.”

But it’s not the only instance of double taxation in everyday life. For example, we all pay VAT on goods with income that has already been taxed. What’s more, it is the bequeathed estate that is taxed, not the person. The tax (at a rate of 40 per cent) only kicks in on estates above £325,0000 or £650,00 for a couple, with the relatively new nil rate band allowance enabling property up to £1million to be transferred.

Those who defend a progressive inheritance tax system do so in the interests of equality of opportunity. They believe it prevents privilege simply being transferred from one generation to the next.

It seems likely, however, that political parties on each side of the spectrum will propose an alternative to the current rules. Whatever is introduced, a simplified system would be welcome. The Institute for Public Policy Research (IPPR) has put forward a solution which would abolish the tax and replace it with a lifetime donee-based gift tax. This new tax would be due on any gifts received by an individual over a lifetime allowance of £125,000, at the same rate as income tax, but gifts between partners would be exempt.

The Resolution Foundation estimate this would raise £15 bn in 2020/21, £9.2 bn more than the existing system, making it an effective way to replace the current £5.4 bn.

Watch this space to see how this this particularly contentious hot potato is handled by whoever is in power next.