The triple lock guarantee currently secures the rise of state pension payments at the beginning of each tax year. However, after an investigation by the Select Committee on Intergenerational Fairness and Provision, a case has been made for the removal of the guarantee.

In its report, Tackling Intergenerational Unfairness, the committee outlined that the maintenance of the guarantee was “unsustainable.” After a consultation, the TaxPayers Alliance told the committee that the current process was “egregiously unfair,” that the state pension was rising rapidly “at a time of spending restrictions on young people” and due to the deficit in public spending, state pension rises were being paid for by future generations. The pressure group then urged the government to put a freeze on state pensions. 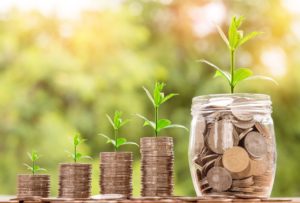 The Select Committee conceded that there was in fact a case for spending restraint, although later in the report it stated that “it does not seem fair for people reliant on the state pension to fall behind working people.” It continued: “Nor, on the other hand, is it fair for them to have their incomes lifted at a faster rate than that experienced by working people.”

Another criticism was made by the committee in reference to the National Insurance (NI) system, mentioning that: “The reality of longer working lives should prompt the government to rethink the NI system” as NI contributions do not fund state pensions, despite being used as a criteria for eligibility. The age at which contributions are made was also scrutinised, with the committee stating: “It is not fair that only individuals under the state pension age pay this tax.”

In his summary, the committee chair, Lord True, declared, “both young and older people recognise the contribution the other makes and the challenges they face,” going on to criticise the government, saying that the understanding between generations “could be undermined if the government does not get a grip on key issues such as access to housing, secure employment and fairness in tax and benefits.”

The committee has called upon the government to “take steps to deliver a fairer society” and now awaits a reply from the Treasury.