As a parent, could you be missing out on your state pension? | HK Wealth

As a parent, could you be missing out on your state pension?

There’s no reason why being a parent, and particularly being a non-earning parent with commitments to their children, should put you at risk of decreasing your state pension entitlement. Currently, however, there are potentially hundreds of thousands of people in this exact position – although thankfully, there are steps to take so that it can be avoided. 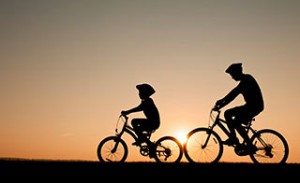 In order to be entitled to the full new state pension, you will generally require 35 years of national insurance contributions to qualify. Those years of contributions can be difficult to accumulate if you’re out of work for whatever reason. If you don’t already pay national insurance contributions, perhaps because you’re staying at home to look after children, you are able to build up your state pension entitlement by registering for child benefits, as long as you’re a parent of children under 12.

Figures supplied to the Treasury by HMRC suggest that there could be around 200,000 households missing out on these pension boosting entitlements. If the child benefits are being claimed by the household’s highest earner, and not the the lower earner or non-earner, these potential national insurance contributions can fall by the wayside. Treasury select committee chairman and MP Nicky Morgan says; “The Treasury committee has long-warned the government of the risk that for families with one earner and one non-earner, if the sole-earner claims child benefit, the non-earner, with childcare commitments forgoes National Insurance credits and potentially, therefore, their entitlement to a full future state pension.”

With 7.9 million UK households currently receiving child benefits, there is potential for a large number of people to be affected. Thanks to data from the Department for Work and Pensions, it’s suspected that around 3% of those (around 200,000) may be in this situation. It’s worth noting that the family resources survey covered 19,000 UK households and as the estimate is sample-based, there is some uncertainty on the exact numbers of those at risk. Nicky Morgan continues, “Now that we have an idea of the scale of this problem, the Government needs to pull its finger out and make sure that people are aware of the issue and know how to put it right.”