What was in the Scottish budget? | HK Wealth

What was in the Scottish budget?

The 12th of December was a busy day for British journalists. Theresa May faced (and won!) a vote of no confidence from her Tory MPs, which understandably was the principal news story of the day. Under all this media fanfare, SNP Finance Minister Derek Mackay unveiled the Scottish budget. Thoroughly in the spirit of general uncertainty that currently grips British politics, Mackay hinted there will likely be another budget in the event of a ‘no deal’ Brexit. 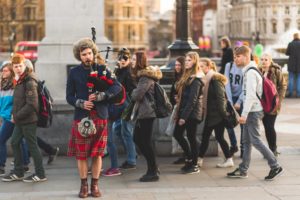 Here are a few of the key points:

While the higher tax rate will rise to £50,000 in England and Wales, the Scottish higher rate threshold has been frozen which will bring in an extra £68 million in revenue for the Scottish government.

Higher rate taxpayers in Scotland should pay about £1,500 more a year than their English counterparts according to a statement by the Scottish Conservatives. Mr Mackay seemingly contradicts this figure in his statement which claims everyone earning under about £124,000 in Scotland would pay less tax. Perhaps either the SNP or Conservatives have a broken calculator in their offices.

Starter and basic rates will rise in line with inflation

Starter and basic rate thresholds will rise by inflation in a move designed to help the lowest paid. These changes mean that anyone earning less than £27,000 will pay less tax than they would elsewhere in the UK.

The amount that buy-to-let investors or holiday home buyers pay on a second home will rise from 3% to 4%. This could potentially deter property investors after it comes into force on 25 January.

Increases in business rates to be capped at a below inflation level of 49p, limiting the hike to 2.1 per cent. This means that small and medium sized firms will pay less than other parts of the UK.

Elsewhere in the Budget

Health spending continues to rise, with an extra £500 million pledged. Mental health, community and social care have seen the biggest rise. An extra £27m has been specifically designated for mental health services.

In the context of Britain’s declining high streets, a new £50m capital fund will be established with the aim of helping town centres diversify and develop. This echoes the Future High Streets Fund Philip Hammond announced in October.