November was an average, if unspectacular, month for global markets. This will be welcome news for many investors – it followed an October that investors described using language ranging from ‘slightly worrying’ to ‘catastrophic’ depending on where their money was invested, and events were interpreted on a scale of ‘massive fall’ to ‘temporary speed bump’ or a ‘natural rebalancing of markets’. 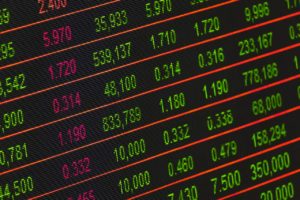 In spite of the political turmoil around Brexit, there was some good news for the British economy, with figures for the third quarter (July to September) confirming that it had grown at 0.6%, three times faster than the equivalent rate in Europe. Over the same period, wages rose by 3.2%. Great news for now. However, as political events around Brexit run their course, the potential for widespread economic disruption remains.

The FTSE 100 fell by 2%, to close November down at 6,980, with anxiety about the ability of the US and China to end their trade dispute at the G20 summit hanging over the market like a dark cloud.

France suffered its worst period of civil unrest since 1968, with widespread protests against Macron’s heavy taxation of fuel gripping the country. He is currently the most unpopular president at this early stage of his presidency; just 18 months into a 5 year term.

Elsewhere on the continent, Italy’s right-wing government continue to defy the EU over their proposed budget. This saw an iffy month for Europe’s major markets. The German DAX and the French index both fell by 2%, down to 11,256 and 5,004 respectively.

There was good news for the US economy, which added 250,000 new jobs in October, saw wages rise by 3.1% and unemployment down to 3.7%. A strong showing to say the least.

The stock markets performed intermediately with the Dow Jones rising 2% in November to 25,538 and the NASDAQ fell slightly to 7,330.

There is possibly a glimpse of light at the end of the tunnel in the US-China trade war. At the G20 summit, the two nations agreed not to increase tariffs for 90 days to allow time for talks. Supported by a retail boost on Singles Day, the Chinese annual shopping bonanza, the country’s stock markets had a ‘less bad’ month than the last few, with the Shanghai Composite Index falling just 1% to 2,588.

The next month looks to be unsettled, with Brexit chaos likely to crescendo over the next few weeks.