This year Chancellor Philip Hammond delivered his autumn budget a few weeks earlier than usual. Normally the budget is released in mid-November, but this year he gave the budget on 29 October.

In the run up to Brexit, Hammond didn’t release any huge announcements. Perhaps he wants to leave plenty of room to accommodate for any Brexit inconveniences. However, there were some important takeaways. 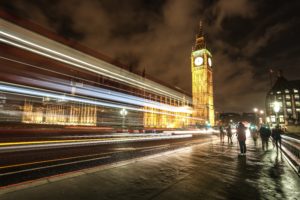 UK growth projections altered
The independent Office for Budget Responsibility increased its projections for UK GDP growth. They raised next year’s forecast from the figure of 1.3% they gave in March to 1.6%. Because of bad spring weather, however, the 2018 growth forecast was downgraded to 1.3% from 1.5%.

Changes to income tax thresholds
This was arguably the announcement from the budget that will have the most tangible effect on people’s lives. In his speech Hammond himself referred to it as his ‘rabbit in the hat.’ The personal tax-free allowance will rise from £11,850 to £12,500 and the higher rate threshold from £46,350 to £50,000.  (The rates for Scotland will be announced on 12th December).

These income tax thresholds were part of the Tories’ manifesto in the last election, a pledge they have fulfilled a year earlier than they originally said.

IR35 Changes
Changes to the tax rules for self-employed workers in larger private companies who are effectively working as full time staff are in fact the biggest new revenue raiser from the autumn Budget.
The Chancellor announced that companies with more than 250 employees will be responsible for checking that they are not disguising employment by contracting to so-called personal service firms.

Rejuvenation of Britain’s high streets
2018 has been a testing year for the high streets. Thousands of stores have shut, costing tens of thousands of jobs.

Smaller shops, with a rateable value of below £51,000 have had a third knocked off their business rates.

On top of this, Hammond announced a £675m ‘future high streets fund’ that councils can access to redevelop their high streets.