Trips promising an experience for 2018

‘We are living in a material world, and I am a material girl’. So sang Madonna in her famous pop ode to owning things in 1984. But just as Madge’s song is now well over thirty years old (yes, really), so is the sentiment that you need to fill your life with stuff in order to enjoy the money you earn. Whilst allowing yourself some creature comforts and the occasional material expense is important, nowadays spending your money on experiences rather than things is considered by many to be a far better investment. With that in mind, here are a few suggestions for where you might head in 2018 to live this year in an ‘experiential world’. 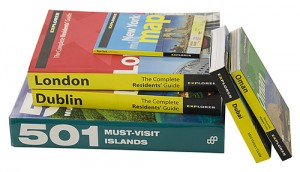 Mongolia – If you’ve done one too many commercial festivals which could easily be transposed from one location to another, Mongolia’s Eagle Festival could be the remedy you’ve been looking for. Keeping its roots in the nomadic ‘ger’ camps situated high up the Altai Mountains, the festival celebrates traditional eagle hunting that is still part of the everyday lives of the people who call this magnificent landscape home. Other experiences to take in include tracking wild horses with the Gobi locals, hiking Bayanzag’s ‘Flaming Cliffs’ and exploring the ruins of monasteries destroyed by Stalin.

Iceland – Few other destinations offer the chance to see both the Northern Lights and whales in their natural habitat. On top of this, you’ll get to see the glaciers, lava fields and wild waterfalls that make up Iceland’s natural landscape. There are cruise packages which offer all of this as one week-long excursion, providing you with seven days of natural wonder that you won’t forget.

India – Sadly, a destination that’s perhaps become a bit clichéd, thanks to the gap year crowd wanting to ‘find themselves’ before heading off to university, but India has so much more to offer. The country has countless communities still ‘off grid’, such as the Konyak tribe of Nagaland, where you’ll be able to immerse yourself in their ancient rituals and headhunting history through their Aoling Festival. There’s also a chance to see the ancient temples which pepper the landscape and even see a nearby World War II battleground.

The Netherlands – If you’re after an experience slightly closer to home, you could do a lot worse than heading to Leeuwarden, the capital city of Friesland in the Netherlands and the European Capital of Culture in 2018. You can explore the seventeenth century streets and canalways on foot or by bicycle, with the chance to learn about famous Leeuwarder and World War I spy Mata Hari.