What are the risks behind the Bitcoin boom? | HK Wealth

What are the risks behind the Bitcoin boom?

September saw crypto-currency Bitcoin cross the $5,000 threshold on CoinDesk’s price index for the first time, the equivalent of £3,862. Whilst its value has since dipped, trading at $4,367.35 (£3,349.74) at the time of writing, the increase has led to the total value of publicly traded crypto-currencies to more than $176 billion. 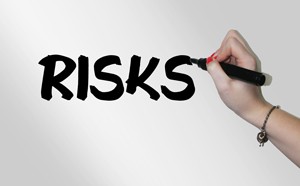 The record high marks a major surge for Bitcoin, which traded for under $1,000 at the beginning of 2017 and which had been feared to crash even lower than that, due to reports of an internal war over its future just a few months ago. However, since many of Bitcoin’s developers and miners (those who contribute computing power to authorise transactions) implemented a compromise plan, which allowed more transactions to be handled per minute, the currency’s value has seen a significant boost.

The creation of the new virtual currency Bitcoin Cash without disrupting the original asset has also helped. Bitcoin’s climb above the $5,000 mark has been linked to the additional media attention these events attracted. Even though it has since dipped below this figure, the currency has been predicted by some to continue rising, at least in the medium term.

Despite Bitcoin’s recent boost, the Financial Conduct Authority (FCA) has raised doubts over the stability of virtual currencies in general, warning investors that they should be prepared for the possibility of losing all their money. Bitcoin and other crypto-currencies are accepted by initial coin offering (ICO) issuers in exchange for another form of digital currency associated with a particular project or firm, which may represent a share in the firm or prepayment for future services, but may also hold no recognizable value whatsoever.

As such, the FCA has described ICOs as ‘very high-risk, speculative investments’ which should only be invested in by experienced investors. Even then they say an investment should only be undertaken if the specific project has been fully researched, and if you are still prepared that you may lose your stake completely. The FCA also warned investors that ICO investments are unlikely to have any protection, and that the potential for fraud is significant as most are not regulated.