The ‘Brexit’ impact on your pension | HK Wealth

In the lead up to the budget announcement, George Osborne seemed to bow to the pressure David Cameron and other members of the Conservative Party were putting on him to soften his approach when it comes to pensions and tax relief. Ahead of the announcement, treasury sources suddenly began to indicate that now is ‘not the right time’ to make such bold reforms, and that any changes that Mr Osborne had been planning had now been scrapped. 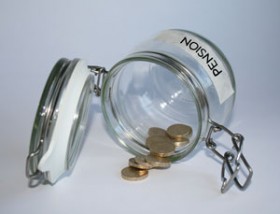 Reports throughout February suggested that the Prime Minister had urged his Chancellor to ‘play it safe’ in his bid to save the government billions through reforming the pension system. There were rumours of an ‘explosion’ from Tory backbenchers – even that Mr Osborne could have a ‘riot’ on his hands – should he go ahead with the more radical proposals suggested.

The existing pension system offers pension relief in line with the saver’s income tax rate – either 20, 40 or 45 per cent. The Chancellor had suggested a flat rate of relief of 25 per cent, for example, a step which would penalise high earners but motivate those on lower salaries to increase their pension contributions. Mr Osborne had even floated the more extreme reform idea of the ‘Pension ISA’ which, like existing ISAs, would offer no upfront tax relief, but would see the government making contributions towards the savings of individuals.

History dictates that the best time for a government to make their most radical tax reforms is during the first twelve months in power. In spite of this, Mr Cameron has advised Mr Osborne to avoid both upsetting Tory supporters and antagonising party members in the lead up to the EU referendum on 23rd June this year. As reforms would hit high-income individuals the hardest – many of whom are seen as traditional Conservative voters – the Prime Minister is understandably keen for the Chancellor to shelve his pensions shake-up until after the UK populace has voted on Brexit.

Shadow chancellor John McDonnell criticised his opposite number’s lack of action, accusing him of putting party politics before the need to adjust a system currently viewed as unfairly skewed towards the wealthy. Ahead of the announcement, he said that ‘the big test for this Budget is whether it can start to lay the secure foundations for the economy of the future. This decision suggests George Osborne is only interested in securing the future leadership of his party.’

Now, looking back on the Budget, we’re left wondering what the future holds, but there’s a palpable feeling that change will eventually happen, most probably sooner rather than later. Whilst 2017’s budget announcement seems the most likely time for the Chancellor to put the wheels in motion on his radical ideas, it’s not unthinkable that a change could come much sooner once the decision on Brexit has been made.