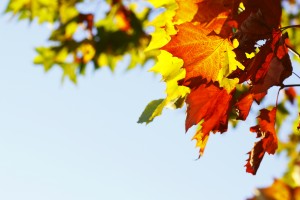 Last year we went over and above the call of duty in our Autumn Statement Preview: we combed the Chancellor’s Twitter feed to look for clues as to what might be in his speech. Obviously we have had to do the same this year but, sadly there has been no mention of November 25th’s Autumn Statement in his 140 character life story so far, so it looks like we’ll need to do some rather more in depth research.

The Chancellor will be delivering the Autumn Statement and Comprehensive Spending Review against a challenging economic background. Figures for the third quarter showed the UK economy had grown by 0.5% (against 0.7% in the second quarter of the year). Whilst it’s disappointing to see the pace of growth slowing, this is a trend that’s happening around the world: the problems of the Chinese economy have been well documented and the third quarter figures for the American economy showed a dramatic slowdown compared to the previous three months.

In some ways there is a good story to tell about the British economy – reasonable growth, low unemployment and low inflation. But if your glass is half‐empty, you might point out that average incomes are barely back to pre‐crisis levels, inflation might well be too low, and that the ‘reasonable growth’ is all in the service sector, as manufacturing and construction continue to struggle.

So as always, the Chancellor will face a range of challenges when he rises to his feet on November 25th – let’s have a look at some of the measures he might unveil.

The first challenge the Chancellor faces is simple: he needs to re‐assert his own authority after his plans for changes to the tax credits system were so comprehensively mauled in the House of Lords. His proposed cuts would have saved £4.4bn on working tax credit and child tax credit – instead they gave David Cameron a very painful Prime Minister’s Questions as he avoided answering questions on the subject six times.

The Chancellor will undoubtedly bring forward revised proposals in the Autumn Statement: he remains determined to cut tax credits, but he’ll now look to ease the transition. If he wants to eventually succeed David Cameron, he’ll need to do this without losing credibility and the support of his backbenchers. 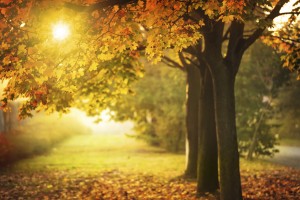 Decentralising power and decision making has been a central plank of George Osborne’s time as Chancellor. The bookies will be offering very short odds against us hearing the phrase ‘Northern Powerhouse’ again, but it may ring rather hollow after the recent job losses in Redcar and Scunthorpe. With other job losses in the steel industry in Lanarkshire – and with the likelihood of the same in the West Midlands – the Chancellor will have to convince wavering supporters that ‘Northern Powerhouse’ means more than just Manchester.

Negotiations on devolution have apparently been ongoing throughout the summer, and David Brookes, a tax partner at accountants BDO summed up the expectations: “We’re expecting the Chancellor to announce the next wave of cities that will receive devolved powers and also to give more detail around local councils getting control of business rates.”

Those motorists in the UK who drive a diesel car have already been hit hard by the VW emissions scandal and they may fare even worse come November 25th, with suggestions that the Chancellor is considering increasing taxes on the fuel. We may see a 1p to 2p rise in diesel duty and/or a rise in Vehicle Excise Duty. If you own a diesel car or van you probably shouldn’t count on getting too much in part‐ exchange…

In his last Budget speech, the Chancellor stated that he would start consultations on plans that could see pensions ‘taxed like Individual Savings Accounts.’ Citywire has now reported Richard Graham, the Conservative MP for Gloucester, as saying that the consultations are ongoing. “It is a completely open consultation,” he said, “and we are receiving a lot of interesting suggestions on potential reform. We will respond to that consultation fully in the Budget.”

So in the short term it’s likely to be ‘as you were’ as far as pensions are concerned: however, there could be significant changes to come in next year’s Budget speech.

The new universal state pension starts next year, providing the same pension for all. Given this, we could well see Class 4 NIC (paid by the self‐employed) being increased to align with Class 1 NIC (paid by employees). The government made a commitment – the Tax Lock – not to increase NIC during the life of this parliament, but that was in respect of Class 1 NIC only.

The Chancellor couldn’t make a speech without some mention of further anti‐avoidance measures. There are still a number of contractor loan schemes being offered and it would be surprising if Her Majesty’s Revenue and Customs didn’t have those in their sights.

There will also be some comment – although whether it will lead to positive results is open to doubt – on an international tax system, no doubt highlighted by the recent news that Facebook paid just £4,327 in UK Corporation Tax. This is less than the average worker and comes despite the company paying its 362 UK staff an average of £210,000 in pay and bonuses.

Neither can the Chancellor make a set speech like this without referring to one of his continuing themes; productivity. The UK continues to lag behind countries like Germany and the USA in the productivity league table, so there may well be yet more announcements on skills training and apprenticeships.

The Chancellor will also use his speech to deliver the Government’s Comprehensive Spending Review – the first since October 2010. This will set the level of Government spending for the next five years, and will presumably provide details of how George Osborne plans to deliver a £10bn Budget surplus by 2020. He’ll undoubtedly confirm that debt will continue to fall as a percentage of Gross Domestic Product: it should fall at a faster rate than predicted by the Office for Budget Responsibility earlier in the year, due to the government’s decision to sell some or all of its stakes in RBS, Lloyds and the Royal Mail. This is expected to raise £64bn over the next five years, half of which will be used to reduce Britain’s debt.

When the Chancellor delivered his second Budget of the year in July he looked remarkably chipper. The Conservatives had just confounded all the predictions and won an outright majority, and George Osborne clearly felt that he’d more than played his part in that victory. I suspect that we’ll see a rather more sombre presentation on November 25th.

The Chancellor still has a good story to tell, but the continuing problems in the world economy – and the dramatic evidence of that in the UK steel industry – mean that he’ll almost certainly be back to a familiar refrain: ‘we’ve come a long way, but there’s still a lot further to go.’ As ever we’ll be reporting on the speech – and doing our best to sort the relevant wheat from the political chaff.