Does your heart rule your head? | HK Wealth

Does your heart rule your head?

What guides your decisions? Intuition and instinct, or cold, hard facts? It’s an interesting question to explore, as we all have to make countless decisions each day.

With small decisions such as what to wear today or what to have for lunch, the consequences of getting it wrong aren’t necessarily that significant or long-lasting. But when we have large choices in front of us, such as buying a house, getting it wrong could be potentially devastating for years to come.

So it’s important that we think about our decision-making process and what leads us to taking that final step.

According to research commissioned by California Almonds, the majority of people in the UK will trust their gut when it comes to making decisions, with seven in ten saying they always trust their instincts. 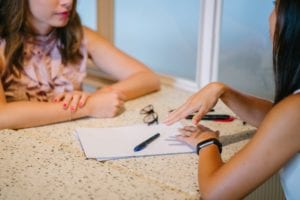 Nearly one in five said they rely on that physical sensation in their stomach to let them know if they might have a health problem, while a similar proportion said they depend on that feeling to guide their choices of trusting a partner.

But that gut feeling can also play a big part when we’re making big financial decisions.

In fact, a study by online casino Casumo.com found that a third of people have relied on intuition instead of logic when making big decisions such as accepting a job or purchasing a house.

Interestingly, most respondents didn’t regret this approach, with nearly two-thirds of those polled saying they think their gut feeling usually leads them to make the right choice.

It’s hard to explain that almost primal instinct that alerts you to danger or provides healthy reassurance in scientific terms. By its very nature, it’s an abstract, intangible force, so it’s interesting that so many people find it so trustworthy and reassuring.

After all, it means many of us are leaving a great deal to chance, when we could actually be seeking out genuine facts and real information to guide our decisions.

Seth Stephens-Davidowitz, author of Don’t Trust Your Gut: Using Data Instead Of Instinct To Make Better Choices, acknowledges that the “vast majority” of us rely heavily on our gut to make life’s biggest decisions most of the time.

But in an interview with Vogue, he argued that people would still end up happier and more successful if they were led by evidence and hard facts, rather than an inexplicable feeling inside.

“Using our instincts to make our biggest decisions made more sense when there really wasn’t an alternative,” he says.

“The idea of using data to make decisions seems cold and terrifying. But if you actually look at the decisions that data leads to, they’re frequently beautiful and relaxing.”

And that’s why getting professional, regulated financial advice before making major decisions is so important. Having a good feeling about the big steps you’re about to take is undoubtedly important, but with a specialist working alongside you, you can feel doubly reassured that you’re making the right moves.