Chancellor of the Exchequer Rishi Sunak has set out new measures to help households cope with the rising cost of living.

This includes a £400 discount on energy bills for all households and one-off payments for the lowest-income families, which will be funded by a temporary windfall tax on oil and gas giants.

Mr Sunak had been under intense pressure to announce extra support following his Spring Statement in March, with Labour, the Liberal Democrats and the SNP all calling for a windfall tax to be put in place. 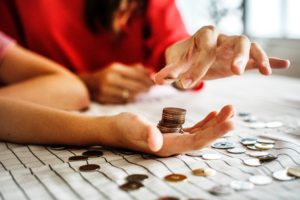 The government had consistently argued against it, with Prime Minister Boris Johnson describing it as a “totally ridiculous” move that would deter investment. However, economic and political pressures appear to have prompted ministers to change course.

The Spring Statement came just ahead of the energy price cap rising by 54 per cent to £1,971, which meant a typical home would be paying an extra £700 a year on gas and electricity.

Just this week, energy regulator Ofgem warned that continued volatility in gas prices could lead to the energy price cap increasing to £2,800 a year. This would mean energy bills for a typical household could go up by about £800 a year in October.

Speaking to the Business, Energy and Industrial Strategy Committee, head of Ofgem Jonathan Brearley warned that this could lead to the number of people in fuel poverty – those who have to pay at least ten per cent of their disposable income on energy – doubling to 12 million.

“We need government to step in,” he said.

Inflation has also continued to rise, and in April 2022, it hit nine per cent – its highest level in four decades.

At the same time, the government has been looking to move the news agenda on after damaging revelations about parties in Downing Street during Covid restrictions, and a highly critical report into the scandal by civil servant Sue Gray.

With the report being published just this week, some have suggested the timing of Mr Sunak’s announcement may not be entirely unrelated.

Highlights of the Chancellor’s Statement

This extra support will be funded through a temporary Energy Profits Levy – a windfall tax – on oil and gas firms. The government expects the levy, which will be charged at a rate of 25 per cent, to raise about £5 billion over the next year, and it will be phased out when energy prices return to more normal levels.

Commenting on the move, Mr Sunak said: “We have a collective responsibility to help those who are paying the highest price for the high inflation we face. That is why I’m targeting this significant support to millions of the most vulnerable people in our society.

“It is also right that those companies making extraordinary profits on the back of record global oil and gas prices contribute towards this.”

The extra support has been broadly welcomed, with Citizens Advice describing it as a “life raft for the millions of people struggling to keep their heads above water”, although think tank the Resolution Foundation has noted that “the relative lack of support for larger families stands out”.

It’s a reminder that while the government can intervene to ease the cost of living crisis, there may still be some who slip through the cracks, and inflationary pressures will continue to weigh heavily on many households across the country.

Schedule a call or Send an enquiry
May 31, 2022
Previous post