Will Russia Default on its Debt? And What Would That Mean? | HK Wealth

Will Russia Default on its Debt? And What Would That Mean?

In the middle of March, Russia was due to make an interest payment of $117m (£89m) on two bonds denominated in dollars. There was some dispute over the payment: Russia said it had made the payment, the investors holding the bonds said they hadn’t received the money. The papers generally reported that if Russia didn’t make the payment by April 30th, it would be in default.

That payment has now been made, but what does it all mean? What does a country have to do – or not do – for it to be in default? And what does it mean for the rest of us if Russia does default on its loans? 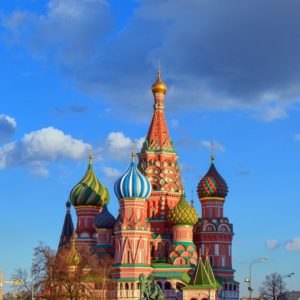 In its simplest form, if Russia (or any country) fails to make an interest payment within the laid-down timeframes – or, for example, it pays in roubles when dollars have been specified – then it would constitute a default. Russia is already locked out of international borrowing markets due to the West’s sanctions: a default would mean it could not regain access until all creditors were paid in full (assuming the sanctions had been lifted).

Other countries that have defaulted have seen aggressive creditors go after physical assets – when Argentina defaulted, one creditor tried to take a naval vessel as payment. Good luck knocking on the Kremlin door and telling Vladimir Putin you’ve come for one of his nuclear subs…

More seriously, the World Trade Organisation has already said that the conflict in Ukraine will reduce global growth this year, cutting its earlier forecast of 4.7% to just 2.5%. A wave of defaults would presumably make that situation even worse – and any possible defaults will have consequences that spill over from Russia.

Russia and Russian companies are generally held to owe about $150bn (£114bn) in foreign currency debt, with interest payments falling due on a regular basis. The payment we mention above is simply one of a regular series of interest payments.

As many clients will know, Putin is demanding payment for his oil and gas in roubles, in a bid to strengthen the currency – but bondholders will want their interest payments in dollars, which may well prove difficult for Russia. And any default by Russia itself – which becomes more likely as sanctions are ramped up – may well trigger defaults from Russian companies. Defaults would almost certainly drive the few remaining foreign investors out of the country.

But as we noted above, the potential problem goes wider than Russia. The debt is largely held by institutional investors such as hedge funds, companies, banks and pension funds. The problem for the investors is that the possible default has caught many of them by surprise. The last country to default was Argentina in 2020 – but that problem had been building for a long time. With Russian bonds currently trading on international markets at large discounts, many investors could be looking at large losses.

As this article was being written, the horrors in Bucha were coming to light. They will unquestionably lead to demands for more, and tougher, sanctions. But the tougher those sanctions are, the higher the risk of Russia defaulting on payments that become due – and that will have implications that go well beyond Russia.