Navigating the complex world of personal finance can be daunting and overwhelming. So it’s no wonder that many people don’t feel confident managing their money, and often don’t end up making the best financial decisions.

That’s why it’s so surprising that so many of us aren’t getting professional and regulated financial advice.

According to figures from the Financial Conduct Authority (FCA), just eight per cent of the UK population received financial advice in 2020. Although this was up on the six per cent recorded three years earlier, it’s clear that a huge proportion of Britons still aren’t getting the guidance and support they need. 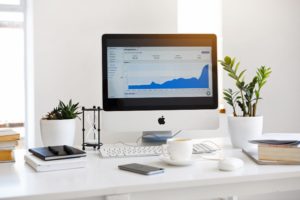 But working with a professional financial adviser could help confused and uncertain people get the clarity they need, so they can move through life feeling confident they’ve made the right decisions and that they’re well set up for the future.

In light of the FCA’s figures, a new report by a trade body for advisers in New Zealand makes for interesting reading, as it vividly demonstrates the impact that getting financial advice can have on a person.

According to Financial Advice New Zealand, 94 per cent of consumers in the country who’ve received financial advice feel very or reasonably confident in making big financial decisions. By contrast, just 83 per cent of those who hadn’t been advised said the same.

The study also showed differences in the investment strategies between advised and unadvised New Zealanders, with the former being more likely to have a diverse investment portfolio.

People’s management of their mortgages was another area of difference highlighted by the research, as 86 per cent of those who’d been given financial advice had reviewed their mortgage in the last year, whereas just 68 per cent of people who hadn’t did the same.

The study went on to show that New Zealanders who had spoken to a professional financial adviser felt it was worthwhile. For instance, three-quarters said they felt they had a better idea of how to achieve their financial goals, while seven in ten felt they were in a better position to stick to their financial plans.

Meanwhile, many felt that getting advice from a professional had given them a better understanding of the risks of their financial plan.

The study in New Zealand gives a fascinating insight into how people’s behaviour and attitude towards their finances can change after receiving financial advice.

Not only do people feel more confident about managing their money, they’re also more likely to have drawn up a financial plan, review the financial products they have in place and have a diverse portfolio of investments.

In short, they’ve been able to be more proactive, make better decisions and boost their chances of achieving their lifestyle and financial goals.

It just goes to show the benefits of working with a professional, regulated financial adviser, so what are you waiting for?

Schedule a call or Send an enquiry
March 22, 2022
Previous post