What Will Rishi Sunak Say in his Budget? | HK Wealth

What Will Rishi Sunak Say in his Budget?

Chancellor of the Exchequer Rishi Sunak is expected to deliver his Spring Budget on March 23rd, in which he’ll outline his view of the country’s fiscal position.

Mr Sunak has long been keen to stress that the money spent on the Government’s coronavirus economic support packages, such as the furlough scheme and the Bounce Back Loan Scheme, will need to be paid back eventually.

So with coronavirus restrictions now being removed completely in England, he may believe this is the time to start settling this bill, perhaps through a combination of tax rises and spending cuts.

But this could prove politically difficult in the current climate. For instance, consumer price inflation now stands at 5.5 per cent – its highest level in 30 years. And inflation could rise higher still, with some estimates suggesting it could hit more than seven per cent by April. 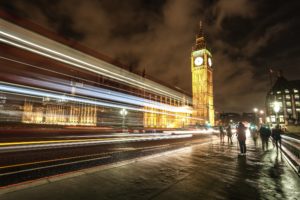 That’s led to the very real possibility of households struggling to meet their basic living costs over the next few months, as the cost of everything from energy to food soars.

The Chancellor will have hoped that ending coronavirus restrictions would have kickstarted a renewed period of strong economic growth and consumer confidence.

But the cost of living crisis means his hope for the economy to start firing on all cylinders could be hamstrung before he’s had a chance to pay back the Covid debt.

Mr Sunak has already had to announce new support measures to deal with the cost of living issue, such as a £150 council tax refund for some households and a £200 rebate to help with energy bills.

So will he go ahead with hitting people’s pockets even harder?

The prospect of tax rises in the Budget could prove hugely unpalatable to many, and not just hard-pressed members of the public, as many backbench Conservative MPs will consider low taxes a core part of their political ideology.

That means the option put forward by the Labour Party of hitting oil and gas companies with a windfall tax looks doubtful, even though the likes of BP and Shell have recently announced record profits.

However, at a time when he’s being routinely touted as a possible successor to Boris Johnson as Prime Minister, the option of increasing household taxes will be a big political gamble for the Chancellor.

And of course, the Government has already pledged to proceed with one high profile and hugely controversial tax hike – an increase in National Insurance, which the Government hopes will boost funding for health and social care.

The Government also needs to look at how it plans to fund its net zero strategy, which includes a commitment to end the sale of new fossil fuel cars by 2030, and its flagship Levelling Up strategy, a drive to improve services such as transport, broadband and education across the country, also by 2030.

Even in normal times, the Budget is a delicate balancing act, with the chancellor of the day weighing conflicting priorities, circumstances, pressures and calls to decide on a fair way forward.

But as the country moves from one crisis to another, and the political stakes are so high for the Chancellor personally, this could be a far more tentative Budget than what the Government might otherwise have hoped for, with Mr Sunak potentially going against his political instinct by borrowing and looking to pay back the money some time in the future.