The rise and rise of the subscription economy | HK Wealth

The rise and rise of the subscription economy

You may use it for beer or bread, for razor blades, watching films or even for the simple act of reading books on Amazon. The subscription economy is something that has taken a hold on a large and growing portion of the population. It used to be said that Britain was a nation of shopkeepers. Have we since become a nation of subscribers? 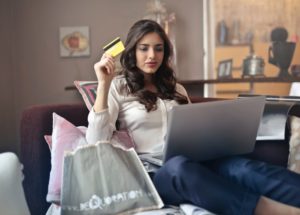 Unsurprisingly, with so many people stuck at home over the last eighteen months, the subscription economy has boomed. The latest research from Barclaycard showed that it grew by almost 40% in the UK last year, and is now worth a whopping £323m per annum.

The research throws up some other interesting facts:

Amazon boss Jeff Bezos has dubbed the new, subscription focussed consumer the “divinely discontent customer.” Companies and brands now need to do more than just meet demand. According to Bezos, if they are going to keep their subscribers, they need to anticipate and shape demand as much as respond to it.

There appears to be growing consumer preference for subscribing over ownership. 71% of international consumers currently have a subscription service and 75% believe that in the future people will own less physical products.

And why not? The subscription economy is more than just boring old razor blades. You can get cat litter on subscription, Japanese snack boxes and newspapers that only focus on good news. And why settle for Christmas just once a year? One subscription service guarantees that a box of festive goodies will arrive every four weeks, whether it’s December or July. It is worth noting that they do turn up on your doorstep, not down the chimney.

Generation Amazon: Subscription lifestyle market to swell to £1bn by next year