Who will Pay the Bill for Covid-19? | HK Wealth

Who will Pay the Bill for Covid-19?

Government borrowing is at its highest level since the Second World War. According to the Office for National Statistics it reached £303.1bn in the year to March – nearly £250bn higher than in the previous year. Borrowing in March was £28bn – the latest month to set an unwelcome record. Borrowing in the year to March was 14.5% of Gross Domestic Product: at the end of the War it was 15.2%.

Many pundits are expecting a spending boom: depending on which article you read, we “accidentally saved” between £100bn and £125bn during lockdown. Nationwide, for example, have reported that customers’ savings “more than doubled” to £10.6bn during the pandemic. 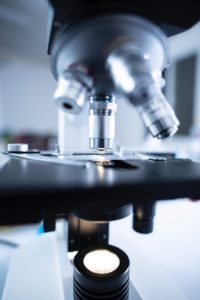 With the lockdowns now easing, surely this money will be spent, kick-starting the economy and fulfilling various predictions of the fastest growth since the Second World War?

Perhaps not: a recent survey suggested that the army of accidental savers lockdown created has plans to stay prudent. As the BBC report put it, consumers are likely to “play it safe” as the UK emerges from lockdown. Neither can the Chancellor expect a windfall from Corporation Tax: with the pandemic having hit the profits of many, many companies’ tax receipts from business are certain to be reduced.

But at some point the Chancellor has to start paying the money back. So just who will pay the bill for Covid? And how long will they be paying the bill for?

It hardly sounds like a prudent way to run a country but perhaps the UK will never pay back the debt. In the last 100 years the UK has never not been in debt: in the last financial year (before Covid struck) the Government was planning to borrow £160bn – of which £100bn was to pay back old debt.

Some of you – brought up with a strict understanding that debt must be repaid – will recoil in horror, but Government borrowing is not like a credit card: the debt (at least according to the experts) does not need to be paid down as quickly as possible.

Borrowing is cheap at the moment, with interest rates at historic lows – so low that last year the Government issued negative-yield bonds. Effectively, institutions that bought the bonds were paying the Government to look after their money.

What the Chancellor really needs is a healthy dose of inflation. In years gone by, when annual inflation was in double digits, that very quickly reduced the “real” amount of Government debt. But even though inflation increased to 1.5% in April, a sustained period of high inflation looks very unlikely.

Your grandmother would not approve, but for now it looks like the Chancellor’s emphasis will be on servicing the debt, rather than paying it back – and on keeping his fingers crossed the predicted rebound in the economy really does happen, finally starting to swell his tax coffers.