Can the British High Street be Saved? | HK Wealth

Can the British High Street be Saved?

Back in 2018 Mike Ashley, owner of Sports Direct and other high street brands, famously declared that ‘the British high street will be dead by 2030.’

The targets of his anger were MPs in general and the then-Chancellor Philip Hammond in particular. Any more taxes on the high street, Ashley argued, and it would collapse in the face of increasing competition from online retailers. 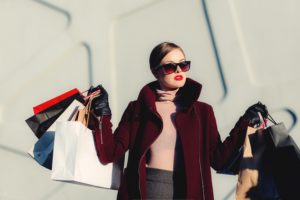 That was in 2018, well before coronavirus and well before lockdown. Anyone who has been into a town centre lately will know the devastating effects lockdown has had.

The second round of lockdown measures were reported to have ‘battered’ footfall in the run-up to Christmas, with Bonmarché becoming the latest chain to collapse into administration.

Figures for Boxing Day, traditionally one of the busiest shopping days of the year, suggested that footfall was down 60%. 2020 was reported to be the worst year for retail job losses for 25 years.

Now we are in the third lockdown and Northern Ireland has just announced that its lockdown will continue until March 5th. Chancellor Rishi Sunak is thought likely to extend the furlough scheme into the summer.

Politicians are talking about there being ‘no guarantees’ of lockdown being lifted by the spring. Meanwhile we go on Amazon and buy everyday items we would previously have bought in our local shops…

One day all this will come to an end. Life will go back to ‘normal.’ But will that be too late for the British high street? Will we have become so used to working from home that, to take just one example, ‘the commuter economy’ will never recover?

If the national high street is to be saved there has got to be some new ideas and an acceptance that the high street does not just equal retail.