There was a time when British office workers would “ooh” and “ah” over online videos of trendy tech firm offices late on a Friday afternoon. You know, the kind with desks accessed via a slide or a running track surrounding the work space.

However, lockdown has revealed that what workers value as contributing towards their wellbeing differs largely from this. With much of the population working from home and likely to remain doing so for the near future, it’s unsurprising that office novelties are wearing thin. 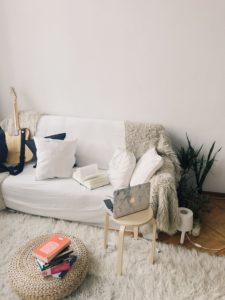 Changes to working patterns have revealed that companies who prioritise their staff’s actual wellbeing fare better than those who just invest in office ‘gimmicks’ like an in-office bowling ring. These changes are especially important for smaller firms who might otherwise struggle to hold on to their staff.

A recent survey by YouGov and YuLife showed that 87% of workers would be more likely to stay with an employer who demonstrates a commitment to their wellbeing. What’s more, a further two thirds said that they want company benefits designed to promote healthy lifestyles.

There are many ways that companies can demonstrate a commitment to their employees’ wellbeing.

James Smith, founder and CEO of tech business DevOpsGroup, says that his firm has taken steps to train a number of Mental Health First Aiders. Since lockdown, he says he has encouraged leaders to spend more time ensuring that people are looking after themselves and being looked after. This has resulted in more 1-2-1s, increased coaching and comprehensive support.

Encouraging good mental health is important from a business perspective as mentally healthy employees tend to perform better. This said, it’s even more crucial from an ethical perspective; employers should do what they can to remove toxic cultural norms from their work environment, like stress and presenteeism, which can cripple workers’ mental wellbeing both in and out of work.

Design studio Normally has introduced a four day week. Co-founder Chris Downs said: “By focussing on workplace efficiency, we do in four days what most people do in five.”

The extra day belongs to their employees, with no reduction to pay or longer hours during the four working days. In fact, if the design firm finds that someone is working late, managers investigate it to understand why, rather than championing it as a sign of commitment.

The consensus seems to be that a strong work/life balance and flexible working policies are key to employee health and productivity.

Companies are beginning to reap the rewards through policies that actually help their employees, instead of trendy sleep pods and an in-office hipster cereal bar.

Schedule a call or Send an enquiry
October 13, 2020 | Workplace
Next post