The Chancellor’s Summer Statement was presented to the House of Commons today, revealing a package of measures designed to support the economy as the country exits lockdown.

Among the measures announced by Sunak was a £30 billion VAT cut for the hospitality sector, zero stamp duty for property purchases up to £500,000, and a £1,000 bonus for employers bringing staff out of furlough.

In his statement to MPs, Sunak warned that “hardship lies ahead”, while also promising that nobody will be left “without hope” as the economy recovers from Covid-19.

Here are the 7 key things you need to know from Rishi’s Summer Statement:

Value Added Tax (VAT) on food, accommodation and attractions will be cut from 20% to 5% from next Wednesday.

The VAT cut will last for six months, at a total cost to the Treasury of an estimated £30 billion.

Covered by the VAT cut are food and non-alcoholic drinks in restaurants, pubs and cafes. 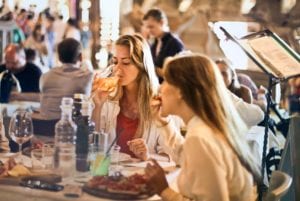 Accommodation in hotels and B&Bs and admission to theme parks and cinemas will also qualify for the lower rate of VAT until the New Year.

Struggling hospitality businesses will welcome this temporary VAT cut but, as it comes into effect on 15 July, they will have only a week to adjust prices and update their tills and accounting systems.

The proof of the pudding is in the eating, so it is welcome that HMRC are committing to publishing further guidance in the coming days, especially as the exact scope of the reduction, and who can apply it, remains unclear.

The businesses who will benefit from this measure are still getting to grips with reopening and the adjustments they need to make to keep their staff and customers safe. We would urge HMRC to make guidance as simple and practical as possible.

Residential property buyers will pay no stamp duty in England and Northern Ireland, with the stamp duty threshold rising from £125,000 to £500,000 from today until 31st March 2021.

As a result of the threshold increase, almost nine in ten property transactions are expected to be free of stamp duty, costing the Treasury an estimated £3.8 billion.

All prospective homebuyers will welcome the cost-saving measures announced by the Treasury today – particularly during these uncertain times. Today’s temporary stamp duty holiday announcement should help the property market to rebound post-Covid-19, though it won’t be a panacea for the more deep-rooted issues in the housing market.

Employers will bring staff off furlough and then keep them employed will receive a one-off bonus of £1,000 per staff member.

To qualify for the bonus payment, employees will need to remain employed until at least the end of January 2021.

All employees in the UK who have been on furlough under the terms of the Coronavirus Jobs Retention Scheme will qualify for the new job retention bonus, as long as they earn more than £520 a month.

The job retention bonus will cost the Treasury an estimated £9.4 billion, assuming all furloughed employees keep their jobs until the end of January.

Mass unemployment is now the biggest threat facing the UK, as shown by the thousands of job losses at British Airways, Airbus and elsewhere. The government must do far more to stem the rising tide of redundancies. We can’t afford to lose any more good skilled jobs.

The chancellor should have announced targeted support for the hardest-hit sectors like manufacturing and aviation. Struggling businesses will need more than a one-off job retention bonus to survive and save jobs in the long-term.

Eat out to help out

A new scheme designed to encourage people to eat out in restaurants, cafes and pubs goes live in August.

For meals out in qualifying experiences on Mondays, Tuesdays and Wednesdays in August, diners can claim a 50% discount, up to a maximum of £10 per head.

The discount can only be applied to food and non-alcoholic drinks at participating venues.

To qualify for the scheme, restaurant owners will need to register and then claim the value of awarded discounts via an online form.

Younger workers will benefit from a £2 billion fund, covering the cost of work placements for six months.

16 to 24-year-olds who are in receipt of Universal Credit can take part in the kickstart scheme, with the grant covering the cost of the national minimum wage for 25 hours a week, as well as national insurance and pension contributions. 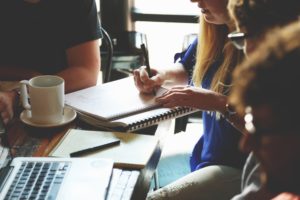 For trainees aged 16-24 in England, the Chancellor promised a £1,000 grant per trainee, with the aim of tripling trainee numbers.

And for apprentices, employers in England can claim a £2,000 grant for each apprentice under 25 hired, for six months starting on the 1st of August.

Chancellor Sunak also promised to double the number of work coaches at Jobcentre Plus across the country, providing extra support to young jobseekers.

The Chancellor is absolutely right to prioritise jobs in his summer statement. Flattening the daunting unemployment curve about to hit our country could not be more important. Joblessness scars lives and hits the young and most disadvantaged hardest.

Today’s jobs plan is an important step forward. For young people, the Kickstarter Scheme will help create jobs in the short-run that can turn into opportunities for the long-run, and firms look forward to working with government to get it up and running quickly and well. It is also good to see direct support for apprenticeships and careers advice, which will help build the skills as well as the jobs of the future.

A new green homes grant will give households access to a grant of up to £5,000 to make properties in England more energy efficient.

The grant scheme will match homeowner or landlord spending on energy efficiency improvements, at a rate of £2 for £1 for most homes.

For low-income households, a green homes grant of up to £10,000 per household will be fully funded by the government.

In an effort to support economic growth, the Chancellor pledged £1 billion in grants for public sector bodies to spend on energy efficiency improvements.

There was also a £50 million payment towards a social decarbonisation fund, which is designed to improve the energy efficiency of socially rented housing.

At the end of June, the Prime Minister announced a £5.6 billion package of infrastructure investment. The Chancellor provided further details on how this money will be spent on hospitals, schools, transport and housing.