The link between human behaviour and investing | HK Wealth

The link between human behaviour and investing

Financial planning… Isn’t that based on cold, hard facts and scientific reasoning? Surely feelings  and emotions don’t have much to do with investing?

We think they do. And here’s why. 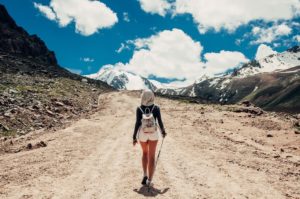 A little thing called human behaviour gets involved, you see. Only it’s not so little.

Human beings are highly complex systems, motivated by many different factors and emotions. This makes us volatile, unpredictable and irrational. We also hold values and beliefs that drive our behaviour; some logical and valid, others not quite so much.

But despite being so important, human behaviour is often one of the most frequently overlooked aspects of financial decision making.

Factors that influence us

Our financial behaviours are influenced in many ways, from sensational media headlines about the next downturn or star fund to family members telling us they know best. You know the type of thing: ”It worked for me, so you should do the same.”

Your situation, your objectives and the current market could be very different, so it’s important to draw your own conclusions.

Beware of the biases

You may think your decisions are based on sound, rational judgement, and sometimes they may be, but equally, the framework in which you are making the decision could be distorted. And that’s not helpful.

This is where you need to be aware of bias. It’s all part of what makes us who we are, but it’s not always useful when making decisions.

We suffer from two common biases that can cloud our judgment and impede us from achieving our financial goals:

Cognitive bias generally involves decision making based on established concepts that may or may not be accurate. Emotional bias typically occurs spontaneously and is based on the personal feelings of an individual at the time a decision is made.

These types of bias can be particularly significant in relation to risk. For example, being either overconfident or excessively cautious could each have a damaging effect on your financial well-being.

If you’re an optimist, you may tend to take too much risk, managing your money in a way that may have severe consequences in the future. On the other hand, if you’re risk averse, you may be holding yourself back from achieving true financial independence.

If you’re what’s known as ‘loss averse’, you may fear losing money to such an extent that you avoid making a loss more than trying to make a profit. So your financial decisions may be driven by the desire not to lose £2,000 rather than to make £3,000. Such a bias can be reinforced so that the more losses you experience, the more loss averse you become.

Another common issue is inertia. This may cause you to put off making a decision altogether. Maybe the whole process just feels too difficult. Maybe you don’t have the time. Maybe you fear making the wrong decision. Whatever the reason, inertia is the enemy of financial well-being, because it gets in the way of action.

Whether your financial decision-making is being impeded by an incorrect bias, be that cognitive or emotional, or an unwillingness to move forward at all, working with an independent financial planner can help. Our role is to help you make clear, objective decisions, free from clouded judgment. Those decisions could help you secure better financial outcomes, whether that be retiring on your own terms or passing money to the next generation.

So the next time you think of financial planning as ‘boring’ or ‘disappointing’, think of the ‘human behaviour’ element. We think you’ll find it a great deal more enjoyable and emotionally rewarding if approached in this way.