The Coronavirus stole the headlines from China’s trade war with the US as the country received praise for its reaction amid the inevitable shock to its economy. Brexit and Davos became mere sideshows to the concern in the Far East: let’s look at the details.

Tesco’s Christmas sales were up for the fifth year in a row. Aldi and Lidl also did well while the high street struggled in the face of Amazon’s online success.

The UK retail sector lost an estimated 57,000 jobs in 2019, with early forecasts suggesting that the sector shed another 10,000 jobs in the first three weeks of this year. The Budget on 11th March will undoubtedly contain measures designed to help the high street – the recently announced £1,000 a year rate relief for small pubs being an early indication of that. 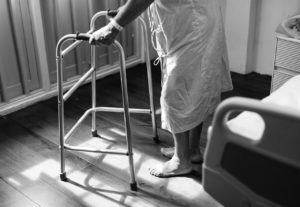 The FTSE 100 index of leading shares did enjoy a good month although towards the end of January, as the potential implications of the Coronavirus became clear, it ended down 3% at 7,286. The pound was virtually unchanged in percentage terms, ending the month trading at $1.3184.

It was a poor end to 2019 for Eurozone manufacturing, which contracted for the 11th consecutive month. The Purchasing Managers’ Index fell from 46.9 to 46.3 in December, with any figure below 50 indicating a contraction. Figures from the PMI showed that both orders and output were down in December.

In company news, the year ended badly for Volkswagen: not only was it overtaken in value by Tesla but Canadian prosecutors were proposing to levy a £110m fine on the company: VW had imported 128,000 vehicles into Canada which violated the country’s emissions standards.

Both the major European stock markets were down in the first month of the year: the German DAX index fell 2% to 12,982 while the French stock market fell by 3% to end the month at 5,806.

While the impeachment trial made waves in the media, economic data showed that both wage growth and jobs had slowed in December. The US added 145,000 jobs in the month, well down on the 256,000 created in November. This capped a year of solid – but slowing – jobs growth as the US labour market expanded for the 10th consecutive year.

Amazon enjoyed a record Christmas, shipping ‘billions of items’ as 5 million people around the world signed up for a trial of either Amazon Prime or its other subscription services.

Apple also claimed record sales and profits over Christmas, thanks to a surge in demand for the new iPhone 11.

Starbucks (coffee seems to be the barometer of an economy these days) made the decision to close 2,000 outlets in China due to the virus and the Dow Jones index – which had broken through the 29,000 barrier in the middle of the month when the US/China trade agreement was signed – eventually ended January down 1% at 28,256.

The news in the Far East was dominated by Coronavirus and worries for the Chinese economy.

Figures released in the middle of the month showed that the economy grew by ‘only’ 6.1% in 2019, China’s slowest rate of growth for 29 years. The Government is implementing measures to boost the economy, beginning the year by cutting banks’ reserve ratios and releasing $100bn (£75bn) into the economy. 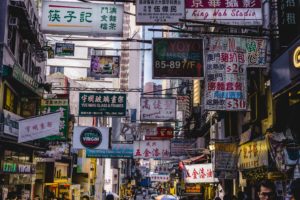 Stock markets in the Far East had risen in the middle of January as the US/China trade deal was signed, but the impact of the Coronavirus wiped out those gains and more, meaning that the four main Far Eastern markets were all down by the end of the month.

It’s worth noting that as of 3rd February, the Chinese stock market had fallen by 8% and stood at 2,746, no doubt a consequence of the Coronavirus.

In January, Amazon boss Jeff Bezos announced an investment of $1bn (£770m) in India, to help digitise small and medium businesses so they can sell online. Announcing the investment, Bezos said the 21st Century is “going to be the Indian century.”

Have a great month – we’ll be back with more updates in March.