What does the election result mean for your finances? | HK Wealth

What does the election result mean for your finances?

With the Conservative’s having won their largest majority since 1987, we thought now would be a good time to reflect on some of the pledges made during the election campaign. How will the promised reforms affect you and your finances?

Increase of the National Insurance threshold

The NIC threshold is set to rise from £8,632 to £9,500, which will lead to savings of around £100 a year for the 31 million workers who earn above that amount. Over the long term, the Conservatives have set an ambitious £12,500 threshold which would result in a tax reduction of £500 for those who earn over that figure. 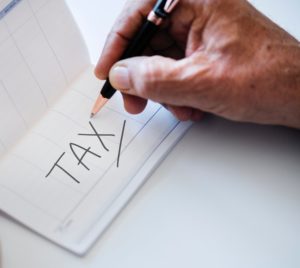 The state pension lock is set to be maintained, which is unsurprising, particularly after Theresa May’s plans to change the system cost her voters back in 2017. Currently, under the triple lock the state pension increases year on year, in line with whichever is the highest of these three measurements: the average earnings increase, the rate of inflation or 2.5%.

The government has pledged to address a separate pension anomaly which can result in people earning under £12,500 to be denied pension tax relief, if their provider uses the ‘net pay arrangement’ approach as opposed to the ’relief at source’ method.

The government has also mentioned that it will address the ‘taper tax’ issue that is causing many senior NHS medical professionals to turn down work and overtime, rather than risk a retrospective pension tax charge.

Steve Webb, director of policy at Royal London, raises the concern that there is a “lack of detail” in the suggested reforms, mentioning that “the measure proposed is far too narrow and may not even work. The tapered allowance affects far more people than senior NHS clinicians and creates complexity and uncertainty in the tax system.”

More will be revealed, no doubt, when Sajid Javid delivers his budget on 11 March.

When he was battling for leadership of the Conservatives, Boris Johnson promised to reduce Britain’s tax burden, making the bold statement that he would raise the threshold for the 40% higher-rate income tax band from £50,000 to £80,000. This would have resulted in serious tax savings for the top 10% of earners. It appears, however, that the plan has been shelved, at least for now.

Rest assured, we’ll keep our ears to the ground and will update you of any significant policy changes in the budget that might affect your finances. In the meantime, if you have any queries, please don’t hesitate to get in touch.