An essential part of the role of a Financial Planner is to identify and manage client vulnerability.  Vulnerable clients come in many guises, although age and declining mental capacity is sometimes a factor.

When combined with complicated financial decisions, people in later life can face challenging choices which require expert and impartial support.  The Pensions Policy Institute (PPI) has published a new report called Supporting Later Life, in which it considers some of these challenges. 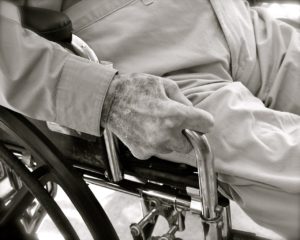 Since the introduction of pension freedoms in April 2015, entering retirement has often featured the need to make difficult decisions around defined contribution pension savings.  Choosing which option to take with your pension pot, to provide an income in later life, is far from easy. Where it used to be commonplace to purchase an annuity to provide a guaranteed income for life, the mainstream option has subsequently become flexible income drawdown.

It’s one thing to make complex pension decisions in the early stage of retirement, and quite another to continue making investment and income withdrawal choices as life progresses.

According to the PPI, the average levels of income taken out of pension pots in retirement are increasing.  Back in 2016/17, a little over a quarter of people using flexible income drawdown withdrew money at a rate of 8% or more.  Fast-forward to 2018/19 and the number of people making these very high levels of withdrawal have risen to 40%.

With an assumed ‘safe’ withdrawal rate in the UK at somewhere between 3-4% a year, the large number of people making such unsustainable levels of pension pot withdrawals is a cause for concern.

The PPI point out in their report that comprehensive data about how people are using these withdrawals are limited. Therefore, it’s hard to predict how withdrawal trends might develop in the future, and what impact such high withdrawals might have as people reach older ages.

Lauren Wilkinson, a Senior Policy Researcher at the PPI, said:

“Given the complexity of retirement decisions, many people will find it difficult to make choices that will best meet their needs over the course of later life. For some people, initiatives aimed at increasing engagement and financial capability will equip them to make more appropriate decisions.

“Advice and guidance also plays a vital role in supporting people while making these choices. However, most advice and guidance offerings currently focus on at-retirement decisions rather than ongoing support throughout later life.

“There is also a challenge around getting people to recognise the value of accessing advice and guidance. Changes to drawdown policy such as the introduction of investment pathways and requirement of an active decision to invest in cash are likely to improve outcomes for some retirees, but more support is likely to be needed going forward if later life outcomes are to improved further.” 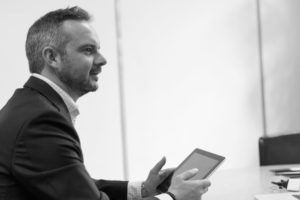 A very effective way of dealing with a declining financial capability in later life is to work with a Financial Planner on an ongoing basis.  By meeting with your Financial Planner each year in retirement, they can monitor income withdrawal levels and ensure long-term sustainability, helping you avoid the scenario of running out of money in later life.