In January, the Office for National Statistics (ONS) released their latest Family Spending Survey, revealing the intimate details of British spending habits. In its 61st year, the report provides an insight into family spending habits, as well as showing how they differ between areas of the country.

The average British household spent £572.60 per week in the financial year ending March 2018. After adjustments for inflation, this was the highest weekly expenditure since 2005. Increases in transport and housing costs were chiefly responsible for this rise in expenditure.

Households are spending £18.40 more than they did a year ago, despite splashing out less on dining out and buying fewer clothes than they did 12 months ago. 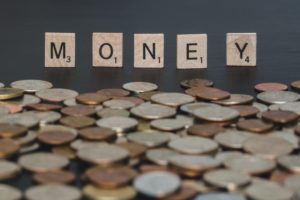 Transport was the category with the highest average weekly spend. Brits spent £80.80 a week on transport, 14% of their total expenditure. This was followed by spending on fuel, power and housing, which came to £76.80 per week.

Other expenditures have fallen. As a nation, we are drinking far less than we did in the past. This is reflected in our expenditure. 10 years ago, the average amount we spent on alcoholic drinks “away from home” was £10.90 a week. Adjusted for inflation, this has fallen to £8 a week.

Good news for our liver, bad news for pubs. In fact, more than a quarter of British pubs have closed their doors since 2001.

Younger people tend to spend far more on takeaways than the elderly. Households headed by someone under 30 spend on average £7.80 a week on takeaways. By contrast, over 75s spend just £1.80 on takeaways a week.

Northern Irish families, however, spent the most on takeaways. An average of £8.60 per household. Analysts suggest that this is likely to be because families in Northern Ireland are larger than elsewhere in the UK.

Overall spending, too, varies regionally. The average weekly household spending was highest in London, at £658.30, while in the North East of England it was more than £200 less at £457.50. In Wales, the average weekly spend was £470.40 and the Scots spent an average £492.20. The ONS survey paints a diverse picture of the UK’s spending habits that are just as varied as its people.