What does the first interest rate rise in ten years mean for you? | HK Wealth

What does the first interest rate rise in ten years mean for you?

After months of speculation, the Bank of England finally raised interest rates in the UK for the first time in over a decade. The increase from 0.25% to 0.5% might seem small, especially when you consider that the last time the interest rate was increased in July 2007 it was up to 5.75%, but the fact that interest rates are going up at all after more than ten years at rock bottom is significant. 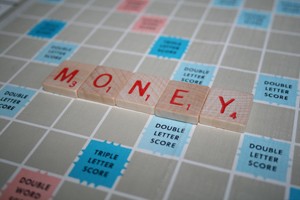 The rates rise will have an impact on the finances of millions of people in the UK, with those on variable rate mortgages likely to lose out the most. 46% of households with a mortgage are on either a standard variable or tracker rate, which are likely to move at the same time as the official bank rate.

These mortgages have an average of £89,000 left to pay off, resulting in a monthly payment increase of around £12. Those with higher variable rate mortgages will of course see their outgoings increase by a higher amount: payments on a £300,000 mortgage will go up by about £39 a month. Homeowners with fixed rate mortgages meanwhile can expect their payments to remain the same for some time following the interest rate lift, as can those with loans and credit cards to pay off.

Savers are likely to benefit from the rates increase having seen little growth on their savings for a number of years. On average, an easy-access savings account currently pays interest at 0.14% annually, meaning that £10,000 worth of savings would generate just £14 every year. If providers choose to pass on the rates rise in full, this will add another £25 to earn £39 annually. A typical ISA meanwhile will see the annual growth of £10,000 increase from £30 to £55.

Pensioners who have purchased an annuity can also expect to benefit from the rates rise. Annuities follow the yields on gilts, or long-dated government bonds. In anticipation of a rates rise, these have also increased, meaning those purchasing an annuity for retirement will receive better value for money on their investment. In November 2016, a joint annuity bought for £100,000 would receive an annual income of £4,086. That figure has risen this month to £4,468 and could continue to go up depending on how likely further base rate increases are – something which the Governor of the Bank of England, Mark Carney, has indicated is likely over the next few years.