Recent figures have suggested that over 17,500 older homeowners took out equity release plans on their homes during the first six months of 2017, marking an increase of 44% compared with 2016. Equity release plans, also referred to as ‘lifetime mortgages’, allow homeowners aged over 55 to access their home’s equity without the requirement to make repayments each month. Instead, the interest is allowed to accumulate in the background and is only paid off when the house is sold either due to the homeowner’s death or a move into a care home. 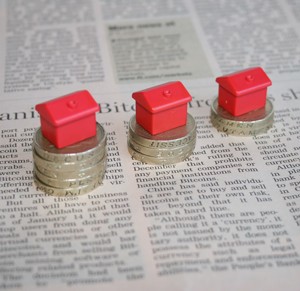 UK homeowners in their 60s and 70s have now used equity release plans to release a combined total of £1.25 billion. Information from Key Retirement, a firm specialising in equity release, suggests that the most common uses for the cash received are covering the cost of home improvements, clearing debt, boosting money available to cover everyday costs, paying for holidays and helping children and grandchildren with the purchase of their first home.

The rising popularity of equity release plans is as a result of several factors. Firstly, as the average life expectancy increases, people need a larger amount of money to pay for their retirement years. The second reason is the growing value of homes in the UK. Figures from Halifax suggest that over the past twenty years, the average UK house has seen its value rise by 236%. For many people, their home is likely to hold the largest portion of their wealth.

However, accessing money in this way can be expensive, with the Equity Release Council reporting an average of 5.3% interest charged on equity release plans. The average amount taken by homeowners through these schemes is £70,000. Someone taking this amount at the average interest rate when they were 65 would end up owing £280,000 if they reached their 93rd birthday.

As equity release mortgages have no end date, the figure continues to rise the longer you live or remain in your home. Many take them out hoping that the value of their property will rise at a faster pace than the interest accrued, but there is no guarantee of this happening. Other potential problems from taking an equity release mortgage include eroding the amount you leave as inheritance, and possible restrictions on being able to move house should you want to in the future. So, whilst an equity release plan might be the best option for some, anyone considering taking out such a mortgage on their home should seek professional financial advice and consider all options available to them before going ahead.