What is the skills shortage costing British business? | HK Wealth

What is the skills shortage costing British business?

New research by the Open University has found that the cost of Britain’s skills shortages amounts to more than £2 billion annually due to higher salaries, temporary staffing bills and recruitment costs. The survey of 400 firms found that nine in ten respondents reported struggling to recruit workers with the correct skills within the last year. This is likely to exacerbate concerns over employers experiencing difficulties in filling key jobs, a situation many predict will be worsened after Brexit and a subsequent immigration clampdown. 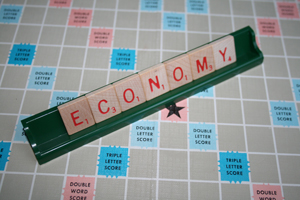 The research found that unemployment is low, with workers unwilling to risk moving jobs because of the continued uncertainty following the EU referendum result. Moreover, some EU nationals have been deterred from seeking employment in Britain thanks to the lack of clarity about what immigration rules will be like in the years to come.

All of which is having a knock-on effect on the recruitment process of around three quarters of the firms surveyed by the Open University, who reported it was taking an average of a month and 24 days longer to fill roles than anticipated. As such, the estimated cost of both recruitment fees and temporary staff wages amounts to at least £1.7 billion.

An additional cost of £527 million has been estimated for salaries being inflated above the market rate in order to attract the right applicants, with 56% of companies describing offering salaries “well above” market rate in order to fill roles in the last twelve months. Small and medium-sized firms reported an average increase of £4,150 per hire, whilst larger companies saw a greater average increase of £5,575.

The survey also found that more than half (53%) of employers reported not being able to find a candidate with the necessary skills and subsequently hired at a lower level in order to fill the post. The same percentage said that training was being utilised to bring new employees up to an adequate skill level.

The Open University’s findings come soon after a report by Deloitte that emphasised the pressures likely to be felt by employees should EU migrants decide to leave the UK. Whilst the poll of people currently living outside Britain found that they still saw the UK as an attractive place to live and work, it also revealed that almost half (47%) of EU workers already living here were considering moving out of the UK in the next five years.