The danger of New Year predictions

“It’s difficult to make predictions, especially about the future”. A quote which is usually attributed to either baseball player Yogi Berra or author Mark Twain – which in reality was most likely never actually said by either man – but nonetheless pithily sums up the problem with trying to work out what is going to happen in the weeks, months and years ahead. 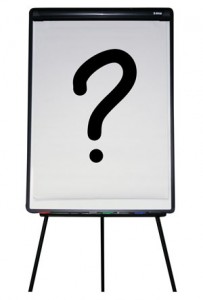 It’s especially worthwhile to keep that quote in mind at the start of the year, as it’s a time when people like to have a go at predicting what the next twelve months will hold for the financial world in general. It’s a precarious business: get it right and you can earn yourself some serious (but perhaps unwarranted) kudos as an insightful soothsayer of the economy; get it wrong and you might just end up in the spotlight for very different reasons.

Take the RBS economist who made headline news in January 2016 by predicting that last year would be another 2008, offering a second cataclysmic banking crisis. The warning he gave to investors contained the phrases, “Be afraid”, “Sell mostly everything” and the unsettlingly poetic, “In a crowded room, exit doors are small”. If he’d got it right, he would almost certainly be hailed as the man who saw what was coming, perhaps setting himself up to be played by a Hollywood A-lister in a sequel to The Big Short a few years down the line. But, as we now know, his forecast proved to be extremely wide of the mark, leaving his predictions to be laughed at before they slip into oblivion.

All of which leads us to the latest crop of predictions for 2017 which have been appearing since late December. Whilst these predictions will undoubtedly use the events of 2016 and what we know will almost certainly happen in 2017 – including the beginning of the Brexit process and the inauguration of President Trump – to advise you on what you should do to get ahead of the game, changing your plans just because of what someone thinks might happen is almost always not a sound approach to take.

If your overall financial goal hasn’t changed, then it’s likely that your plans don’t need to change until you know with certainty that they need to. It might be difficult to make predictions about the future, but it’s much easier to decide what you want from the future and do everything you can to make it happen.