Origo, the technology provider taking the lead on developing an online pensions dashboard, has suggested that a fully operational platform could go live as early as next year. The company revealed last month that the back-end technology is now finished, meaning that only the front-end (the part users will interact with) needs to be completed before the dashboard can be launched. 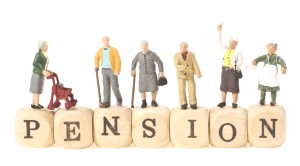 However, this is all dependent on both the pensions industry and the government agreeing upon governance standards and robust safeguards for identity, so that no information submitted using the online service falls into the wrong hands. Paul Pettit, the managing director of Origo, has said that once these have been confirmed, building the final part of the dashboard will be a relatively simple process.

Origo have already made a mock-up of the front-end, which shows that the dashboard will provide a ‘find pension’ function. When savers use this, not only will it match them with their account, but it will also provide them with a valuation of their pension in a matter of seconds.

As Origo also offers Contract Enquiry technology, those pension schemes that already use this will be able to connect with the dashboard’s back-end incredibly easily. For those not yet using Origo’s services, however, things could be trickier, especially for those using outmoded technology and other methods of keeping records now considered to be out of date.

This has led to concerns by some in the pensions sector that older workplace pension schemes will refuse to use the pensions dashboard due to the expense of updating their systems. There may also be concerns from older schemes which are less consumer-friendly that the new system will lead to large amounts of money leaving their funds, as members are urged to consolidate several pensions into a single account.

Origo, a not-for-profit joint venture owned by numerous UK life companies, has already faced opposition during 2016 from the Tax Incentivised Savings Association, who have been attempting to achieve a similar goal of an online dashboard. Thanks to this latest announcement, whilst the pensions dashboard going live in 2017 is still far from confirmed, it looks as if plans are closer than ever to becoming reality.