Information in the Autumn Statement indicates that by 2020 individual taxpayers may be expected to report and pay their liabilities every quarter via their new digital tax accounts. The Chancellor promised an injection of £1.3bn to deliver, “the most digitally advanced tax administration in the world” by 2020. 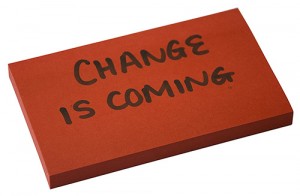 The new Digital Tax Accounts (DTAs) will require most businesses, self-employed people and landlords to keep track of their tax affairs digitally and update HMRC “at least” quarterly. But there was also a sting in the paperwork tail. The government stated it will consult on “whether to align payment dates and bring them closer to the point when profits arise, so that taxpayers make a single regular payment that covers all their tax affairs.”

The Chancellor did not offer much tangible detail on the digital tax account, but Xero UK Managing Director, Gary Turner, anticipated that a full plan would be announced early in the New Year.

“The ambition is to have 10m DTAs live by next year, which is pretty ambitious given that the UK’s working population is just over 30m.”

The investment in HMRC’s digital strategy runs somewhat counter to an 18% cutback in departmental spending and other economies. But the two processes are interlinked according to Steve Cox, IRIS’s director of product management.

“The HMRC closures last week wouldn’t have come as a surprise to those who have been keeping an eye on what’s happening. The digital tax strategy is expensive. It’s a large part of why they’re doing the closures. They need cost savings. They’re looking to save £100m by 2025 with these office closures. It just shows how cost inefficient HMRC has been. They’re playing catch up in many respects.”

The Chancellor also said during his speech that capital gains tax on property will have to be paid within 30 days of disposal by 2019 via the online account. This may suggest that other tax payments will also be sped up once the system is live and bedded in.