Is university a good investment? Just how much does it cost to study at a UK university? | HK Wealth

An April 2015 article reviews the cost of studying at university in the UK, giving food for thought for would-be undergraduates and their families. UK tuition fees are frequently under the media spotlight, following price hikes for home students in recent years. But the overall cost to study in the UK, according to an April 2015 topuniversities.com article, is dependent on many factors, including institution, course, location and funding opportunities and could in fact be a lot less than the headlines suggest. 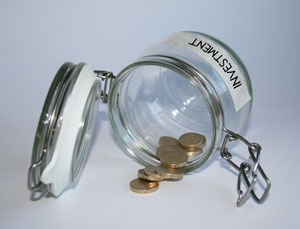 There are two levels of tuition fees at publicly funded UK universities: home student fees (including EU students) and international student fees. For home students, institutions in England and Wales can charge up to a maximum of £9,000 per year for undergraduate degree programs; in Northern Ireland up to £3,575 per year, whilst in Scotland an undergraduate degree is effectively free for students from Scotland and the EU. This is thanks to a subsidy from the Student Awards Agency for Scotland (SAAS). The SAAS also offers a tuition fee loan of up to £3,400 for home postgraduate students.

It should be noted that the Scottish definition of “home” student differs slightly, in that it doesn’t include students from the rest of the UK – i.e. England, Wales or Northern Ireland. Students from the rest of the UK who want to undertake an undergraduate degree in Scotland will need to pay between £6,630 and £9,000. There’s also good news for students from Wales, who only need to pay £3,810 per year in UK tuition fees to study anywhere in the UK, with the rest covered by the Welsh Government.

The amounts given above indicate the maximum amount public universities are allowed to charge. More than half of universities in England and Wales do charge the maximum of £9,000 per year – but at a diminishing number of universities, the annual tuition fees are just £6,000 for undergraduate home students. Postgraduate tuition fees vary significantly, depending on the university and the subject. Home students may be able to receive some funding from one of the UK’s research councils, the university itself, or via a career sponsorship scheme.

According to recent figures from the National Union of Students (NUS), the average annual cost of living in England (outside of London) for students is £12,056. This includes £4,989 for rent, £1,954 for food, £363 for household goods, £42 for insurance, £1,917 for personal items, £1,705 for travel and £1,190 for leisure. If you wish to study in London, you should expect to pay £13,521 for the same breakdown of goods and services. The biggest difference in the cost of living in London compared to the rest of England is in rent, which is estimated at an average of £6,340 per year. As the NUS points out, the figures for the rest of England can only be used as a rough guide to the overall cost of living in the UK.

For visa purposes, international students undertaking study in London proper will have to budget £1,020 for each month of stay in the country, while those who study in outer London or the rest of the UK will have to show £820 per month in order to prove they can cover the cost of living in the UK.