Wedding costs challenge the marital bliss of guests, as well as bride and groom | HK Wealth

Experian’s latest survey suggests that the rising cost of weddings is rocking the boat for many couples, and not just for the bride and groom. In fact, almost a quarter of Britons (22%) have argued with their partner about the cost of witnessing others tie the knot. 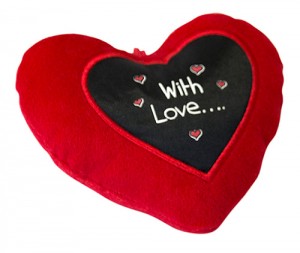 The findings also reveal that one in six people (17%) who are in a relationship are missing the nuptials of loved ones because they cannot afford to attend. This equates to more than one guest at each table, which is double the number of single people (8%) who have declined invitations.

More than one in ten people in relationships (11%) have spent over £800 each on attending weddings, compared to just 6% of single people. Meanwhile, 4%, equating to almost a million Brits, report having spent more than £2,000 participating in other people’s weddings over the last year. The survey also suggests that weddings can cause further financial friction when it comes to dividing the cost. While nearly eight in ten (77%) couples always choose to split the cost, almost one in five (17%) foot the entire bill for both to attend the wedding of their own friends and family, while their partner does the same for their nearest and dearest.

“Attending the wedding of family and friends should be great fun. However, for many ‘wedding season’ has become a source of financial pressure and domestic strife. The research suggests that at each UK wedding there is an average of one person missing because they cannot meet the spiralling cost of attending nuptials – an obvious disappointment for hosts and guests alike.

While racking up debt has often been seen as the price to pay for holding the wedding of your dreams, it now seems that many guests are also suffering financial stress. Sitting down with your partner to put some thought into your budget at the beginning of ‘wedding season’ is advisable. Discussing not just how much you can afford, but also how you’re going to pay for it can help avoid arguments in the run up to the big day and make sure you come out the other end without a nasty financial hangover.”

The research goes on to reveal that one in 20 (5%) guests have had to borrow money in order to attend a wedding. Worryingly, almost one in three (31%) of those borrowing money to attend weddings have no clear plan to pay it back or have never even thought about it. The trend is even more concerning in some regions. In the North East, the number jumps to 80%, while 74% of people in East Anglia have not considered the long term consequences of borrowing.

Given the apparent cost of attending a wedding, it seems that even properly planning for paying for a wedding for your children might not be enough nowadays!