Market Report: The Chinese economy and its influence on the markets | HK Wealth

The warning signs for the Chinese economy began way back in July, when the Shanghai Composite Index lost more than 8% on a single day. Overall, during the month of July the market suffered its worst month for six years, losing 29% from the peak June price. 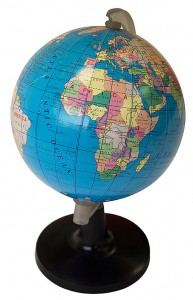 But that was all before the dramatic falls of so-called ‘Black Monday’, which hit on August 24th, sending both the Chinese market and markets around the world into a downward spiral. By the time the dust had once again settled, the Chinese index was reporting a fall of 8.5% on the Monday and 7.6% on Tuesday 25th.

In recent years, Chinese production has seen the economy report huge rises, making it one of the stars of world economics. Its fast growth, on the back partially of a vast export market, has been achieved against an ambitious government mandated target of 7% GDP increases per year. Given the strong backing markets around the world have given to China in the past, what does ‘Black Monday’ mean for its economic status and how could it impact the rest of us?

Many observers point to the fact that the problems for the market seem partially due to the Chinese government’s increasing inability to implement policies that have a meaningful effect on the economy and the markets. On Sunday 23rd August, just before the market’s big falls, it was announced that the government’s latest policy would allow the state pension fund to invest a portion of its assets (30%) into the markets for the first time. The figures on ‘Black Monday’ seem to show what the wider market thought of that policy.

For the FTSE and other world markets, the fear seems to be similar, with some worry that the Chinese government has given little reassurance, leaving investors with no impetus to buy. Currencies and commodities have also fallen sharply, mainly because those markets rely heavily on strong demand from China, which currently they are not receiving. With China representing ‘the production room’ of the world economy, many international companies (and therefore traders and markets) are worried about the continued ability of China to meet demand.

Scrabble(economy)Whilst the figures and popular press headlines look bad for China on paper, there are still reasons for ourselves, the markets and the Chinese to be cheerful. As ever, investing is typically a long term pursuit and short term falls and ‘corrections’, such as that currently being experienced by China, are to be expected.

Ahead of trading on Wednesday 26th, after the falls of Monday and Tuesday, China cut interest rates by 0.25% to 4.6%. European markets reacted positively to that move during their trading on Tuesday, with the FTSE jumping 3.3% on the announcement, followed by rises of 4.4% and 4.6% in the German and French markets respectively. The move came in conjunction with the Chinese government allowing banks to release more of their reserves into the economy. These two policies together seem to have, at least initially, had the impact on the markets the Chinese government has been striving for.

Whilst the falling stock market could signal a slowdown in China, it is worth remembering that the falls of June, July and August are not the only figures representative of China’s economy. In the last 52 weeks to Monday 24th August, for example, the market can still show growth of 44%, despite the recent sharp drops. Its Year To Date figure, as reported by The Wall Street Journal’s Stock Index tracker on Monday 24th August, showed just a 0.8% fall. In the past three years, the market could also still show a 15.3% rise.

China is also currently engaged in something of an economic ‘about face’, as it attempts to drive more domestic growth, rather than relying on exports. As with any major economic shift such as this, there seems to have been some expectation in Beijing that there would be a period of relative instability, even if the government could well be accused of failing to spot the peaks and troughs in time.

Markets will, until the end of time, experience falls and rises such as those currently on display in China, but patience by and large proves out as the winner in such situations. We will of course keep looking at China and waiting to see how its market, and those around the world, emerge from the current readjustments.