Why the Greek crisis matters to us | HK Wealth

Why should you care about the Greek financial crisis? Does it really matter what happens to Greece? Wouldn’t it really be a good thing if it went back to the drachma, the currency collapsed and holidays became dirt-cheap again? 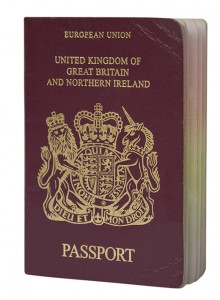 Questions that you will likely have heard, perhaps even asked, over the last few months and weeks, and probably quite rightly so.

After all, Greece is relatively economically insignificant. The economy accounts for less than 2% of the EU as a whole, and 0.4% of world trade. Greek GDP (the measure of national income and economic output) is around $241bn, smaller than some cities in the USA.

Unfortunately, as with most things in economics, it’s not quite as simple as that and the Greek crisis is likely to have implications that will affect Europe as a whole and the UK individually.

Greece isn’t the only country drowning in debt. Yes, Greece’s debt (expressed as a percentage of national economic output) is the highest in Europe, but countries like Italy and Portugal are not far behind. The worry is that if Greece decides to pull out of the euro, or is forced out, then investors and savers will start to withdraw money from other fragile economies.

On the other hand, if concessions are made to Greece then it will encourage other far-left parties, such as Podemos in Spain, to make similar, anti-austerity demands.

The situation is also worrying politically, as well as economically. Along with Italy, Greece has discussed its treatment of migrants recently, which could have knock on effects throughout the Eurozone. Prime Minister Alexis Tsipras has also made well publicised trips to Russia, and called for the end to EU sanctions against Russia over the Ukraine.

As above, Greece is only a very small economy: one calculation suggests that China creates an economy the size of Greece every three months. But Greece and the uncertainty surrounding its fate, still has the power to affect world stock markets. It’s not so much what happens to Greece, as the significance of the EU being unable to resolve the problem.

Britain’s direct exposure to Greece is limited, although quite clearly a ‘Grexit’ could disrupt economies in the Eurozone, the UK’s biggest trading partner. No wonder then, that George Osborne has called the Greek crisis, ‘one of the biggest external threats to the British economy.’